The taboo of being attracted to any authority figure has always been alluring to us as a society, perhaps no such dynamic is as intriguing to us as that of the student/teacher relationship – it has been the inspiration for movies and rock n roll songs for decades, but for some people this fascination goes beyond a taboo fantasy and becomes a reality – today we are looking at 5 teachers who married their students.

This video is brought to you by GoMarry.com – The biggest marriage only relationship service. Unlike regular dating sites that only promise you another date, our members are ready and looking for commitment, marriage, and family. Don’t waste time on dating sites talking to insincere people. Find your perfect husband or wife to start your family right now at GoMarry.com

5. Newt Gingrich and Jacqueline May Battley

Long before he was an iconic republican in America politics, Newt Gingrich was a high school student in Ms. Battley’s geometry class. Despite their very different positions in life the two were only separated by 7 years. They would go on to wed in 1962 and had two daughters together, the first, Kathy in 1963 and the second Jackie in 1966. Unfortunately all would not be happily ever after for the couple – Gingrich would have an affair in 1980 with Marianne Ginther, however Battley did not choose to file for divorce, it wasn’t until 1984 while Battley was recovering from cancer treatments, that Gingrich filed for divorce. His efforts were met with failure though as Battley made an official statement to the court that she was not willing to grant the divorce and did not consider their marriage “irretrievably broken”.

Newt Gingrich would go forth to be a prominent and vocal member of the Republican party, while Jackie Battley would return to teaching for another 20 years following their marriage. She passed away in 2013 from complications arising from multiple health issue.

At first glance there is hardly anything that seems out of place about Brigitte Trogneux and Emmanuel Macron however just 12 years ago Trogneux was a high school teacher at La Providence High school. One year she hosted a theater workshop and that’s where she met 15-year-old Macron. They held off on officially starting their relationship until he was 18, but they would go on to wed in 2007 and remain married to this day. With Trogneux by his side, Macron enjoyed a successful political career and was elected president of France in May of 2017.

When Vili Fualaau was in the second grade he would cross paths with a teacher that would forever change his life. 4 years later he would encounter her again, this time he was 12 years old and she was teaching his sixth grade class, the two of them would grow closer over the coming summer and their relationship eventually turned sexual. The 22 year age difference meant that Letourneau was charged with second-degree rape of a child, however while awaiting sentencing she gave birth to his child. After serving 6 months she was released, one of the conditions of her release stated that she wasn’t to see Faulaau but it wasn’t enough to keep the two apart and they eventually rekindled their connection. In an effort to be discreet about their relationship the two were caught making love in a parked vehicle. This liaison with Fualaau was seen as a breach of her probation and she was sentenced to 7 years in jail. While in prison she gave birth to their second child. She was released in 2004 and Fualaau, who was 21 by then, appealed the court to remove her no-contact order, and they obliged.

On May 20, 2005, Vili Fualaau and Mary Kay Letourneau married and committed to raising their two daughters. After 12 years of marriage, the couple briefly filed for separation in May of 2017, however it was quickly retracted and they continue to work on their marriage.

Matthew Shane Wester is a 38-year-old math teacher and varsity coach from Alabama, who began dating 17-year-old Amy Nicole Cox while he was still married to someone else. As the threat of legal action loomed, Wester’s wife divorced him and 67 days later on June 18th, 2015, just past her 18th birthday, Wester and Cox married. While many people believed that it was a measure to prevent her from testifying in the trial, it turns out that Alabama law would provide them no such protection and it appeared that their marriage was of genuine intention. The case was eventually dismissed amid a flurry of oversights and technicalities, and the couple remains married to this day.

Before we get to the number 1 couple on our list, make sure you don’t keep your love for us a secret, subscribe to “GoMarry” and don’t forget to hit the bell icon so you never miss a video from us! Also, take a moment to leave us a like!

Peter Abélard was a French Scholastic philosopher and intellectual. He was also a sought-after teacher for whom aspiring artists would travel hundreds of miles to seek out. Héloïse d’Argenteuil was a 17-year-old student of his, the two of them formed a passionate relationship that began around the year 1116 and would see them become the targets of opposition and violence, it disrupted his career and to complicate matters she soon became pregnant. Eager to solidify their relationship they married in a private ceremony, something d’Argenteuil was initially resistant to. The two tried to build a life together, though fearing backlash from her uncle she was sent to a covenant to live as a nun, despite being from a sternly secular family. After it was believed that Abélard had sent her away to get rid of her, an aggressive and violent plan was put in place to break into his home and castrate him. Disgraced and hoping to save himself Abélard took to much the same plan they had employed with d’Argenteuil, and he moved to the Monastery of St Denis, near Paris where he became a monk.

The couple’s tale is a popular part of European culture and their love letters have been immortalised in multiple collections and exhibitions. Though the seven letters that exist today do show the love and eventual challenges between the couple, they also give a glimpse into d’Argenteuil’s disdain for marriage and stereotypical feminine life and are widely hailed as important works of early feminism

We’ve come a long way since 1116, but finding love and your perfect partner isn’t always an easy thing. We’re changing the way things work again, so come to GoMarry.com to change your life now! GoMarry.com is the biggest marriage only relationship service. Unlike regular dating sites that only promise you another date, our members are ready and looking for commitment, marriage, and family. Don’t waste time on dating sites talking to insincere people. Find your perfect husband or wife to start your family right now at GoMarry.com

10 Oddest Couple In The World 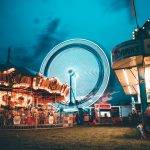 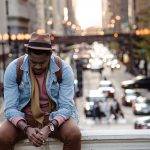 Heartbreaking Things You Need to Know About Dating