There’s nothing as nice as a good hug after a long, stressful day; and now you have even more reason to! Other than just the emotional benefits you get. It has been scientifically proven that hugs can actually be beneficial to your physical and mental health. Mostly due to the release of the hormone Oxytocin.

Some of the areas of health that hugging can affect include:

Everyday life has so many stressors, with most of them being from things you cannot change; however, you can take some steps to lower your stress. A person’s stress levels can reduce when they receive a comforting hug. And even the hug-giver could experience lowered stress levels as well. This is due to parts of our brain that are stimulated to release certain hormones when we give or receive a hug.

Heart problems can often be hereditary, or stress-induced, for which the cure is generally given is improving your physical fitness. Unexpectedly though, hugging can actually have a positive effect on your heart health, as it has been shown that giving or receiving physical affection (such as a 20-second hug) can lower blood pressure levels and heart rate significantly.

Doctor’s appointments and medication can become exceptionally expensive; and as we all know, prevention is better than cure when it comes to physical illness. So, what is there that a person can do to prevent getting sick? Studies have revealed that hugging can possibly reduce your risk of becoming ill. This is because the person generally has a stronger emotional support system, and people with a stronger support system seem to be less likely to get sick; if they do get sick, they will generally have less severe symptoms.

The hormone responsible for feelings of happiness and stress reduction is Oxytocin. It is often nicknamed the “cuddle hormone” or “love hormone”, due to its tendency to make people more affectionate. When you show physical affection – such as hugging, touching, or sitting near someone- Oxytocin is released. Upon its release, it reduces blood pressure as well as stress hormones. Yet another reason why cuddling is a good thing! Turning more to the mental side of things, hugs can be a very important communication tool, as it gives signals other than just the verbal ones given when talking and can help people to feel more understood. It has also been shown that physical affection can help improve a person’s view of themselves and their self-esteem, as well as reduce their anxiety.

In conclusion, hugs can be beneficial to both the brain and the body’s health, especially when given by someone you are close to, and when they last for at least 20 seconds. Reap the benefits of hugging today, by giving someone a cuddle. For more advice like this, and other topics relating to relationships, visit the GoMarry.com site.

How to Approach a Girl Anywhere: Bar, Street or Work 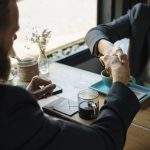 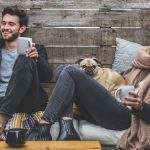 How to Save Yourself From Turning Needy With Someone