People dealing with type D personality contain a sense of social self-consciousness within their behavior. However, they tend to associate the feelings of rejection, anger, sadness, and feelings of tension in their behavior. They get hurt easily and feel that they are not fit for the world. They focus on “I” rather than having a “We” feeling.

People suffering from this tend to stay away from social gatherings because they feel tensed about getting judged and rejected by other people in the group. Therefore, they lack the confidence to actively speak about their feelings to others during social interactions. They get scared to talk to others and think that they will commit serious mistakes while talking to others.

Their social shyness limits their participation in different social gatherings. People dealing with type D personality often keep their feelings to themselves and limit expressing them to the people around them.

However, sharing emotions and feelings with other people could be impracticable for people with Type D personality. The concept of opening up about their emotional state could be horrifying because of the fear of judgment and rejection. This makes it extremely difficult to engage in a healthy relationship. They might begin their relationship; however, it would be petrifying for them to continue this relationship.

The negatively influenced personality is usually their way of dealing and coping with the developing feelings inside them. This associates directly with higher levels of depression because of social inhibition.

Moreover, type D personality and negative affectivity leads to serious health issues, such as coronary diseases and increasing the mortality rate in people. Type D personality is common among people already dealing with coronary artery diseases. However, these people are at risk of engaging further in a severe medical condition. This type can contribute to coronary artery diseases when people are not living a healthy and socially stimulated lifestyle. These people associate in behaviors of tobacco and alcohol consumption. Moreover, their inactive living situation contributes to worsening their medical situation.

These people suffer from a higher level of psychological stress and depression, which increases the chances of ventricular arrhythmias, ischemia, and other lethal conditions. The mortality rate of these people increases because of higher built-in stress and the poorer quality of their health. According to a recent study, there is a large number of people dying from Type D personality disorder at a very young age. You can sign up at GoMarry.com and consult them for the relationship advice. You can get the best relationship advice at GoMarry.com.

What is Neophile & What are its Characteristics 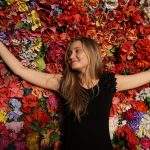 How to Approach a Girl Anywhere: Bar, Street or Work