GoMarry.com – The marriage only relationship service, recently conducted a survey among divorce people and found out that 40% of Britain’s Divorcees had more than 5 relationships before getting married.

Azad Chaiwala, the founder of GoMarry.com, blames majority of these divorces on dating fatigue. “Dating fatigue is when you start investing less and less of yourself in every new relationship. This is a natural built in defense mechanism. With every breakup comes heartache and to cushion the blow, people are more and more reluctant to invest too much of themselves into their new relationships.”

Azad goes onto to explain “This behavior then triggers a snowball effect, with each new relationship being far fickle than the previous one. Both parties have their guard up all the time. And to save themselves from being the victim of a relationship breakdown, bail out first. I feel we’re living in a ‘trigger happy’ divorce culture”.

“Something drastically needs to change. Partly the government and partly we the people need to realize this is a problem. We need to pro actively do something about it, just like I am (referring to his marriage only relationship service). Because stable couples often come in the form of stable marriages and stable marriages make good breeding grounds for happy families. In the absence of stable families, the burden on state and eventually the tax payer will increase, from child care, health service, increase in crime rates to homelessness.”

One solution Azad Proposed is we ditch dating in favour of Marriage Meetings. Claiming you can achieve the same result as dating but within a few days, without any time wasting or making any commitments. Thus saving yourself for your own happily ever after. 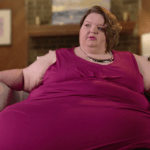 How to Find a Husband Book?

10 comments on “40% of Britain’s Divorcees had more than 5 Relationships before getting Married – Setting them up for failure.”